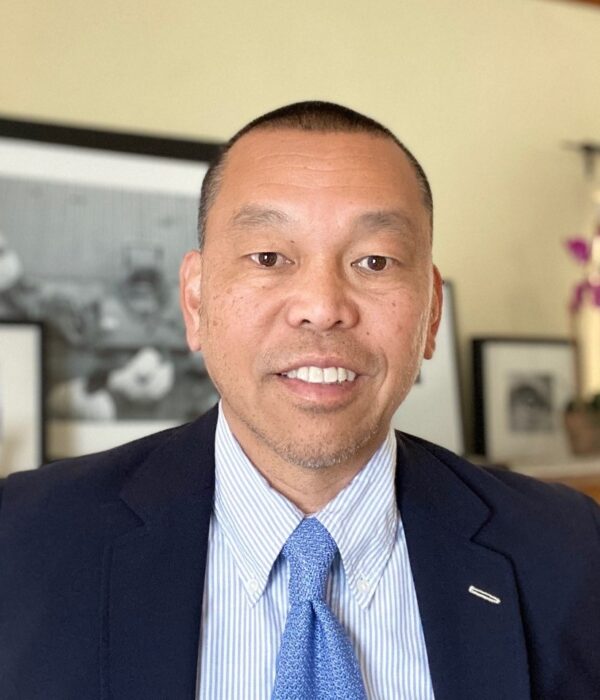 Raymond Colmenar is the new president of Akonadi Foundation. He comes to Akonadi Foundation from The California Endowment, where he spent 16 years playing various leadership roles that gave him hands-on experience in strategic planning, program design and implementation, and organizational redesign and development. Most recently, he served as The Endowment’s Managing Director of the Northern California regional team and the statewide Inclusive Community Development team, managing nearly $20 million in grantmaking annually.

Previously, he led The Endowment’s Bay Area regional office, which made significant investments in Oakland and Alameda County; helped plan and implement the recently completed 10-year Building Healthy Communities strategy, which evolved to prioritize power building as a core component; and co-led the strategy development and implementation of the Sons & Brothers program aimed at addressing structural racism and improving the well-being of boys and young men of color. Ray also worked collaboratively with other foundation leaders to create and launch California Funders for Boys and Men of Color, a network of foundation leaders dedicated to removing barriers and advancing opportunities for youth of color, their families, and communities.

Prior to joining The Endowment, Ray was one of the founding staff members who helped launch PolicyLink, now a leading national research and action institute advancing racial and economic equity. In addition, Ray was a senior research associate at The Rockefeller Foundation, executive director of South of Market Problem Solving Council (now South of Market Community Action Network), and a policy analyst for the San Francisco Department of Human Services. He received a bachelor’s degree in Management Science from the University of California, San Diego, and a master’s degree in Public Policy from the Goldman School of Public Policy at the University of California, Berkeley. Ray was born in Manila, Philippines, grew up in San Diego, and now lives in Albany with his wife, Fatima Angeles. Their daughter, Isabela, and son, Alessandro, are currently studying at UC Berkeley and San Diego State. When time permits, Ray loves playing golf with his good friends.