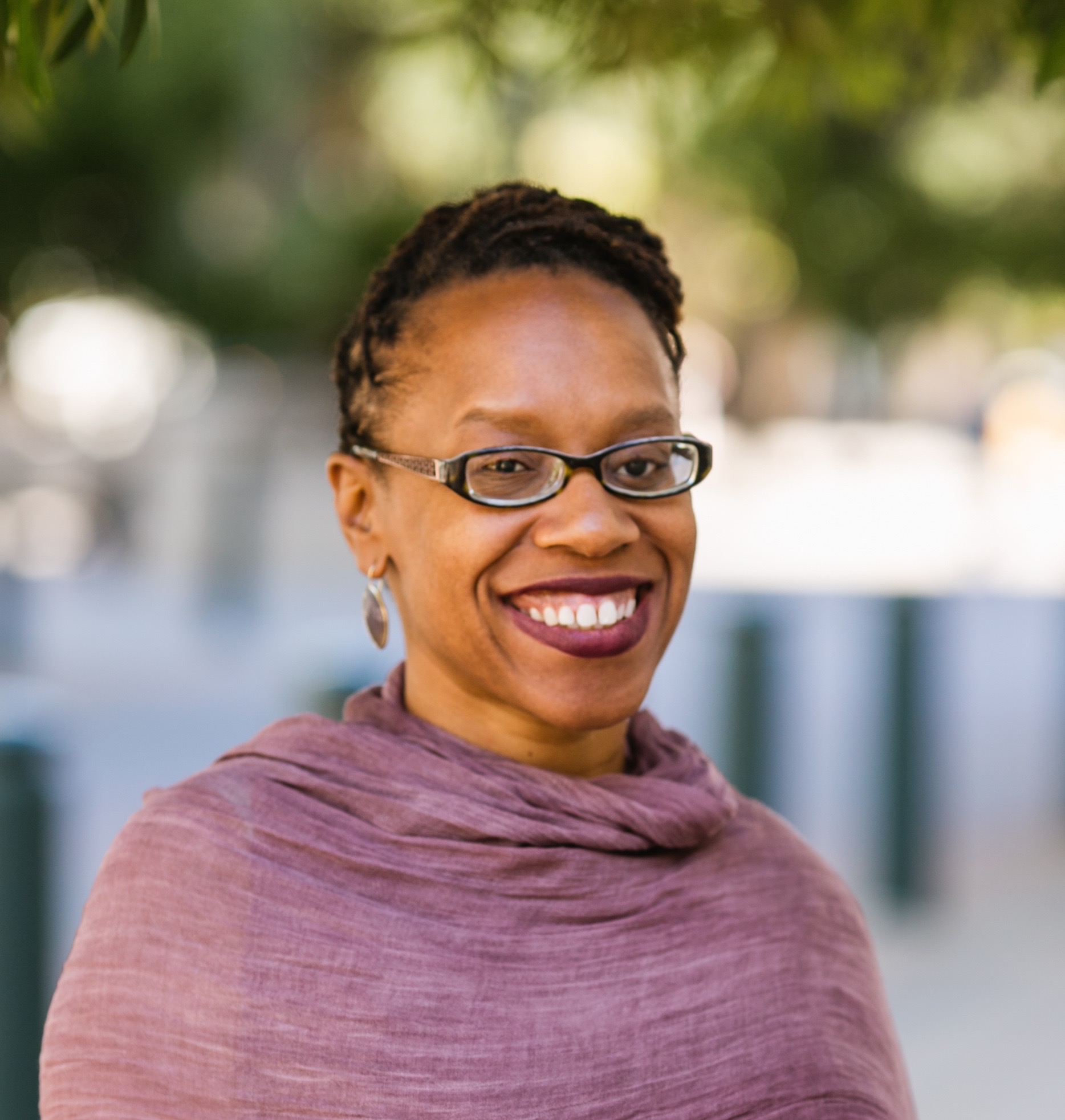 The Board of Directors at Akonadi Foundation is pleased to announce the appointment of Lateefah Simon as Akonadi Foundation’s next president, effective August 22, 2016. Lateefah will succeed Quinn Delaney, Founder of Akonadi Foundation, who will continue to serve as the Board Chair for the Foundation. A nationally recognized advocate for civil rights, Lateefah brings over 20 years of executive experience advancing racial and social justice causes in the Bay Area, most recently as Program Director for the Rosenberg Foundation.

“We are excited for this new chapter of growth for Akonadi Foundation,” said Quinn Delaney “and are confident that Lateefah’s commitment to racial justice action and her leadership in the field of philanthropy will deepen Akonadi Foundation’s overall strategies of providing long-term investments in organizations and initiatives that are on the frontlines of racial justice movement building.”

Since 2011, Lateefah has served as Program Director of the San Francisco-based Rosenberg Foundation, a statewide grantmaker that takes on systemic barriers that stand in the way of full access to equity and opportunity for Californians. Lateefah managed the Foundation’s portfolio of grants aimed at supporting groundbreaking advocacy in the areas of criminal justice reform, immigrant rights, low-wage workers’ rights and civic engagement in California. In 2016, Lateefah helped launch the Leading Edge Fund, a new $2 million fund created to seed, incubate and accelerate bold ideas from the next generation of progressive movement leaders in California.

“It has been a real privilege to spend the past five years working with Lateefah to change the odds for Californians most deeply impacted by injustice and inequality,” said Tim Silard, President of the Rosenberg Foundation. “From advancing criminal justice reform to championing bold and brave movement leaders, her strength, wisdom and wonderful spirit have been invaluable to Rosenberg. I am very excited about this new chapter in Lateefah’s leadership and look forward to continuing to work with her and the Akonadi Foundation to advance our shared missions of racial justice and equity.”

Prior to joining Rosenberg, Lateefah was Executive Director of the Lawyers’ Committee for Civil Rights of the San Francisco Bay Area, where she revamped the 40-year-old organization’s structure and implemented successful community based initiatives, including the Second Chance Legal Services Clinic. Lateefah’s passion for supporting low-income young women and girls, and her advocacy for juvenile and criminal justice reform, began at the Center for Young Women’s Development (CYWD) in San Francisco. Now called the Young Women’s Freedom Center, the grassroots organization is run for and by systems impacted young women. At age 19, Lateefah stepped into the role of Executive Director for 11 years. Lateefah also led the creation of San Francisco’s first reentry services division under the leadership of then District Attorney Kamala D. Harris, where she spearheaded the flagship program, Back on Track, an advocacy program for young adults charged with low-level felony drug sales. Back on Track reduced the recidivism rate for the population it serves to less than 10 percent.

“Akonadi Foundation’s commitment to ending racialized oppression is in deep alignment with my values and experiences,” said Lateefah Simon, “and I am so honored to join the organization as its President. This nation is at a turning point. Akonadi is not standing idle. The Foundation actively supports groups and leaders who are explicit about the need to transform unjust systems and structures that perpetuate harm to people of color. This is where I want to be.”

Lateefah has received numerous awards for her work, including the MacArthur “Genius” Fellowship and the Jefferson Award for extraordinary public service. She was named “California Woman of the Year” by the California State Assembly, and also has been recognized by the Ford Foundation, the National Organization for Women, Lifetime Television and O Magazine. In 2016, Lateefah was named one of The Chronicle of Philanthropy’s 40 Under 40, and in 2016, was appointed by the Governor of California to the California State University’s Board of Trustees.

Founded in 2000 by Quinn Delaney and her husband Wayne Jordan, Akonadi Foundation began as an outgrowth of their commitment to racial justice. Through the years, the Foundation has given over 1,300 grants totaling $30 million to nonprofit organizations, primarily in the Bay Area as well as across the country. In 2012, Akonadi Foundation shifted its grantmaking to focus solely in Oakland in order to concentrate its financial and human resources toward building a localized racial justice movement. 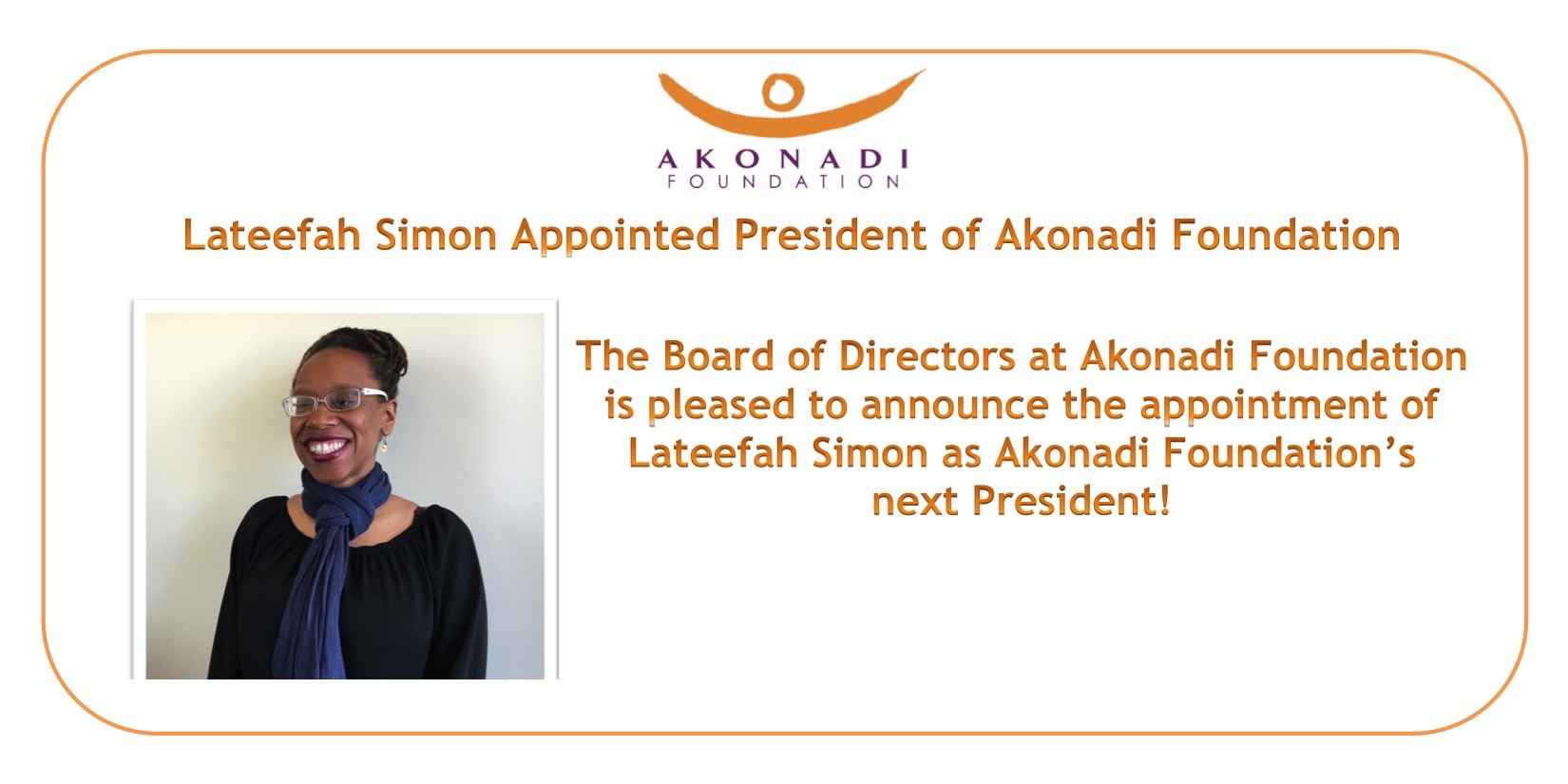