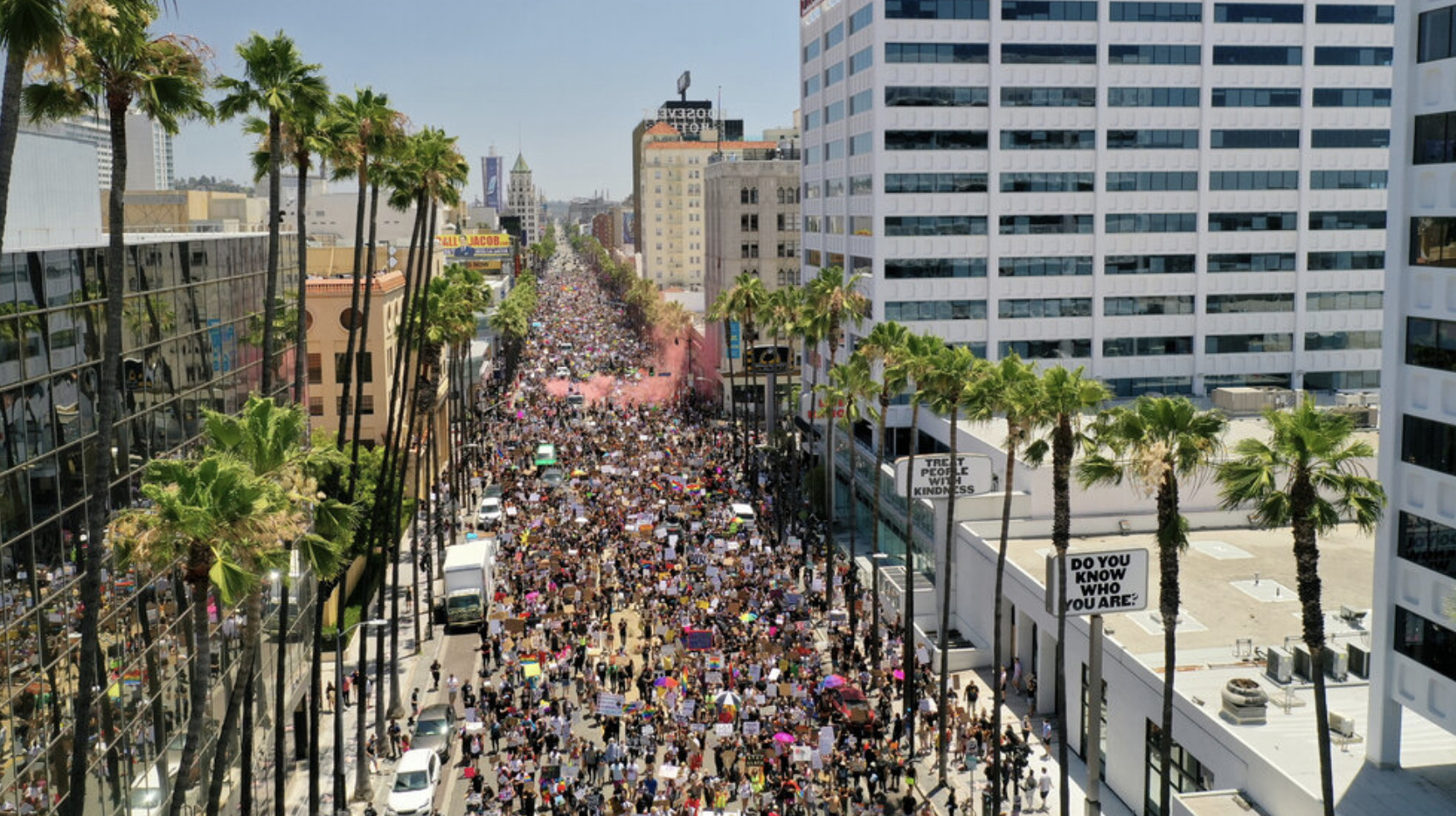 Following the death of George Floyd at the hands of police officers in Minnesota last May, the U.S. has found itself reckoning with its long history of institutional and systemic racism against Black communities. As protests sprung up across the nation and the demand for racial justice increased, many companies and individuals pledged their dollars to support Black lives.

The most recent of these efforts is centered on racial justice in California. Last week, a coalition of funders launched the California Black Freedom Fund (CBFF) to finance Black-led organizations throughout the state. Along with its explicit support for Black leadership, the fund is notable for its focus on power-building, according to Akonadi Foundation President Lateefah Simon.

“To make racial justice and equity real in California, philanthropy needs to elevate its investments in Black organizations who are focused on advocacy, organizing and holding our institutions accountable,” said Simon, whose Oakland-based foundation is one of the initial backers. “The vision of California Black Freedom Fund is to bring justice to our communities by making sure Black-led organizations are sufficiently supported and strong, and their leaders are galvanized.”

With an initial investment of $34.2 million, CBFF aims to raise a total of $100 million over the next five years through acombination of foundation, corporate and individual donor support. Approximately 20 funders have helped raise the initial investment, with some major regional players on board. These include: Akonadi, the Annenberg Foundation, the California Endowment, the Chan-Zuckerberg Initiative, the Conrad N. Hilton Foundation, JPMorgan Chase, Blue Shield of California Foundation and the Liberty Hill Foundation. The Silicon Valley Community Foundation, another funder, will oversee the fiscal and administrative management of the fund.

While many funds and other philanthropic efforts were created shortly after Floyd’s death, CBFF notably waited months before launching.

“We did not want to be reactionary,” explained Simon. “We wanted to think about how California, how the California philanthropic landscape, could make a deep commitment to Black self-determination—not simply Black-run organizations, but Black-run organizations who have been moving the needle, who have been developing power within their communities and changing policies and fighting for systems change.”

CBFF was created with the help of an advisory committee and with significant input from Black-led power-building organizations in the state.

“As we were trying to design what the fund could look like, we wanted at the table the people who were doing power-building and movement-building in the state, and we wanted to bring leaders together to help us think through this,” said Silicon Valley Community Foundation President and CEO Nicole Taylor.

The first round of grants totaled $6 million and were awarded to three Black networks with more than 50 member organizations. The three networks are:

These first grants went out before the new year, months before the fund officially launched. “Philanthropy needs to change and needs to heed the moment instead of simply waiting for organization leaders to submit grant applications,” Simon explained. “We need to be funding the movement as it’s moving.”

She added that philanthropy, particularly when it comes to Black issues, often recedes after the moment has passed. “We go away when the pathology leaves the front page,” said Simon. “And so we’re doing something different here.”

CBFF expects to have three additional rounds of grants this year.

As recent reports have shown, there’s a significant racial gap in philanthropy. According to a report from NCRP, only 1% of grantmaking from a cross-section of community foundations was specifically designated for Black communities. Another analysis by the Bridgespan Group and Echoing Green found that in Echoing Green’s 2019 applicant pool, there was a $20 million funding gap between white-led organizations and Black-led, early-stage organizations. The pattern continues with both mezzanine-stage and later-stage organizations.

“Because of the reality of racism and classism in philanthropy, many of these groups have been operating off of community support, and have not been able to walk into the doors of foundations, even progressive foundations,” said Simon. “And so the goal of funding these networks is to make sure that these grassroots organizations get the resources that they need.”

“The California Black Freedom Fund begins to make up for the decades of neglect and underinvestment of Black-led organizing and advocacy on the part of philanthropy,” said San Francisco Foundation CEO Fred Blackwell.

“We know historically, as a country, civil and human rights movements have been led by Black organizations and have been extremely successful,” she said.

Hope for the future

CBFF is the first-of-its-kind state-based fund. Although there are many localized funds dedicated to financing Black organizations, there hasn’t been a fund explicitly for California.

CBFF operates on the belief that funding Black-led organizations will not only benefit Black communities in California, but the state as a whole. The organizations CBFF supports are not focused solely on police reform and criminal justice reform. Some of the groups also do work on other key issues, such as immigrant justice and clean water.

“Building a better future for everyone starts with centering those who have been politically, socially and economically marginalized,” said Priscilla Chan, co-founder and co-CEO of the Chan Zuckerberg Initiative, in the announcement of the fund. “We support the California Black Freedom Fund and its work to ensure that Black-led organizations and movements have the power, resources and recognition to continue their missions and make racial equity a reality in California.”

In addition to meeting the $100 million goal, CBFF funders also hope the fund leads to greater overall investment in Black organizations. Simon stressed that CBFF is not in competition with other funds and that there needs to be “a consistent surge of resources to fund people of color and especially Black-led organizations in this country.”

“It is long overdue. A hundred million dollars is not enough to sustain Black infrastructure and civic life in the state of California,” she said, adding that CBFF will partner with other funds.

Taylor echoed Simon, stating that while CBFF’s initial plan is for five years, it may be necessary to expand their efforts in the future. “Five years isn’t even long enough to think about dismantling systems of oppression that have been around for hundreds of years,” she said. “So maybe we should be thinking about a longer-term effort that something like this should be part of the philanthropic landscape in this state.”

In the aftermath of the 2020 election, organizers in battleground states like Georgia, Pennsylvania and Michigan stressed the importance of listening to grassroots groups, arguing that they know how to reach their communities best. Simon, who drew on her extensive history as an organizer and advocate to help create the fund, echoed a similar message.

“It’s really the groups on the ground who have the power to change our communities,” she said. By investing in Black-led grassroots organizations, CBFF hopes to help these groups make a difference in the fight for racial justice in California.

“It’s not just our jobs to give them money,” added Simon, “it’s an honor to be able to be a part of a movement that is so much bigger than all of us, where we’re centering Black brilliance and Black self-determination unapologetically.”