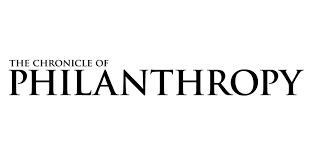 Foundations are putting unprecedented billions into racial equity, but some grant makers worry that too little is going to grassroots movements.

No one can doubt the W.K. Kellogg Foundation’s commitment to racial equity. Back in 2007, Kellogg’s trustees pledged to become “an effective anti-racist organization.” They created ambitious programs to promote racial healing. They put LaJune Montgomery Tabron in charge, making her the first Black (and first woman) to lead the grant maker, and they got serious about diversity. Today, six of nine Kellogg trustees are people of color, as is 45 percent of the staff.

With assets of $7.8 billion and an annual grant-making budget of more than $220 million, Kellogg has long stood behind some of America’s most venerable civil-rights organizations. Nine nonprofits, including the National Association for the Advancement of Colored People and the Urban League, have been designated as “racial equity anchor institutions” and rewarded with $144 million in unrestricted funds over the past decade. Kellogg spent another $75 million on a project called America Healing and $35 million more on community-based Truth, Racial Healing and Transformation programs that are intended to unearth racist beliefs, bring people together, and eliminate discriminatory laws and policies.

What Kellogg has not done — at least not on a commensurate scale — is to support social movements led by the new generation of activists, like the community organizers affiliated with Black Lives Matter. One example: Borealis Philanthropy, a nonprofit that raises money from foundations and gives it to community organizations, created a Black-Led Movement Fund in 2014 after the uprisings in Ferguson, Mo. While Kellogg funded other work by Borealis, including an effort to promote racial equity within philanthropy that was granted $14 million, it gave just $200,000 to the Black-Led Movement Fund.

Critics say that’s a problem — even as they acknowledge that Kellogg has devoted more attention to racial inequities than all but a few of its peers. These critics, mostly on the left, say that America’s big foundations, taken together, have not done nearly enough to fund social movements that generate the political pressure needed to drive deep and lasting social change.

Community organizers are the ground troops in the fight for racial justice, yet they are often overlooked by institutional philanthropy, these critics say. The death of Rep. John Lewis was only the most recent reminder that powerful leaders often emerge from the rank-and-file of social movements.

“You need righteous agitators,” says Lateefah Simon, a lifelong advocate for racial justice who is president of the Akonadi Foundation, a family foundation in Oakland, Calif., that gives out about $3.5 million a year. “Systems don’t change themselves.”