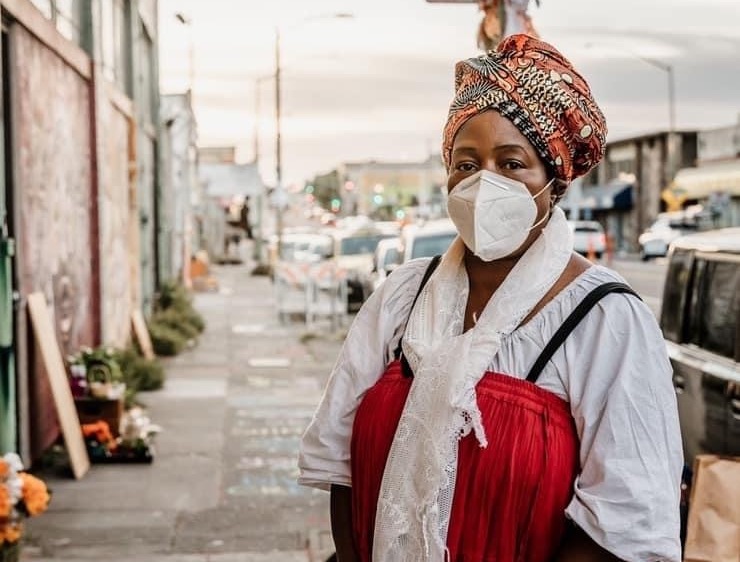 Twelve individual and collaborative cultural practitioners in Oakland were recently awarded a new grant from Oakland’s Cultural Affairs Division, the Akonadi Foundation and the East Bay Community Foundation called “Belonging in Oakland: A Just City Cultural Fund.” Each awardee will receive $25,000 to fund a project that imagines what racial justice in the city could look like.

“The beloved artists and cultural practitioners represented through these projects are among the strongest weapons we have in the fight for a racially just city,” said Lateefah Simon, president of Akonadi Foundation, in a statement. “We need their extraordinary powers—to radically reimagine a future where everyone belongs in Oakland—more urgently than ever. It is our duty to support them.”

Among the winners is Regina Evans, the activist, boutique owner and theater artist whose vast body of work is dedicated to fighting child sex trafficking and creating safe havens for survivors. She will lead a project called INFRASTRUCTURE, sponsored by theater company Lower Bottom Playaz, that examines the historical roots of trafficking on International Boulevard. The founder of Lower Bottom Playaz, Ayodele Nzinga, is also a grant recipient. Her theatrical collaboration with Cat Brooks, a playwright and activist in the Anti Police-Terror Project, is called Janga’s House and will tell Black stories from Oakland without the filter of a white gaze.