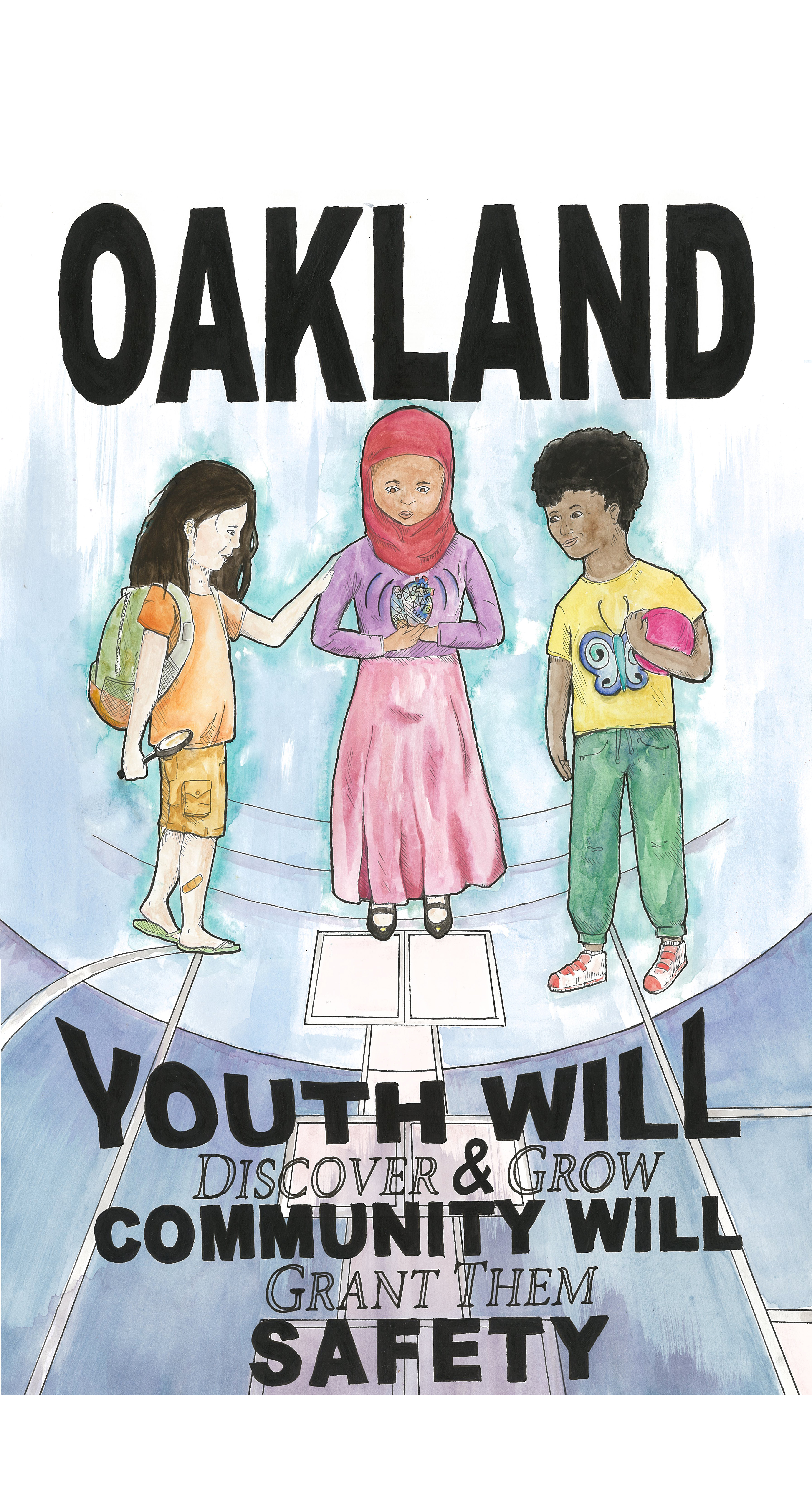 Poster caption: Youth will discover and grow Community will grant them safety

This year, part of our annual Racial Justice Poster Project included youth artists from two OUSD schools. In partnership with Civic Design Studio, Akonadi Foundation worked with students from Skyline and Oakland High to generate posters around the theme “Oakland is Home”, which aims to lift up the stories of youth who are demanding change and reclaiming culture, place, history, and power.

This is the first year that Akonadi Foundation has expanded its Racial Justice Poster Project, now in its 11th year, to include young people. The Racial Justice Poster Project is one approach the foundation uses to honor and inspire racial justice movement building in Oakland and around the world. The project commemorates March 21, the International Day for the Elimination of Racial Discrimination and honors the legacy of political posters as an integral part of social movements for more than a century.

The posters by student artists bring forth issues of home and belonging at a time when many youth and their families in Oakland are facing criminalization and systemic exclusion, homelessness and displacement. Akonadi Foundation honored 14 finalists, and 12 runner ups from the poster project at the Second Annual OUSD Arts, Media and Entertainment Student Showcase at the Museum of Children’s Art in Oakland, an event that featured hundreds of student artists from several OUSD schools.

Through their art, youth are showing us what the city and its people continue to strive for – loving and supportive communities, continued activism for the values and beliefs that they uphold, and a sense of pride for where they came from. One student artist was Jacob Li, who expressed through his piece “The Culture” that he envisioned an Oakland that should “feel like home to everyone who is from Oakland.” Another student artist Havana Rooke emphasized “ that “people are the heart of what makes Oakland, Oakland”.

Student artists also acknowledged the very real concerns they have for their neighborhoods. Many youth are grappling with their rapidly changing communities, and the reality of friends, neighbors and families who are being displaced or are ‘disappearing’ from one day to the next. Other messages included the fear of violence in their communities, and the hope that things can change.

As a family foundation, Akonadi Foundation believes that art and cultural expression can bolster social and political transformation by inspiring people to imagine the change they would like to see in the world. Oakland can, and should be, a haven where communities of color thrive, but we urgently need to uplift current efforts and seed new visions of hope for what is possible.

Civic Design Studios is committed to working with many OUSD schools to use art and culture in schools to change public discourse about Oakland youth and support youth voice and public creative expression. The original posters were displayed at the Museum of Children’s Art in Oakland until the end of last month, with a public exhibit launching in Old Oakland in late June. 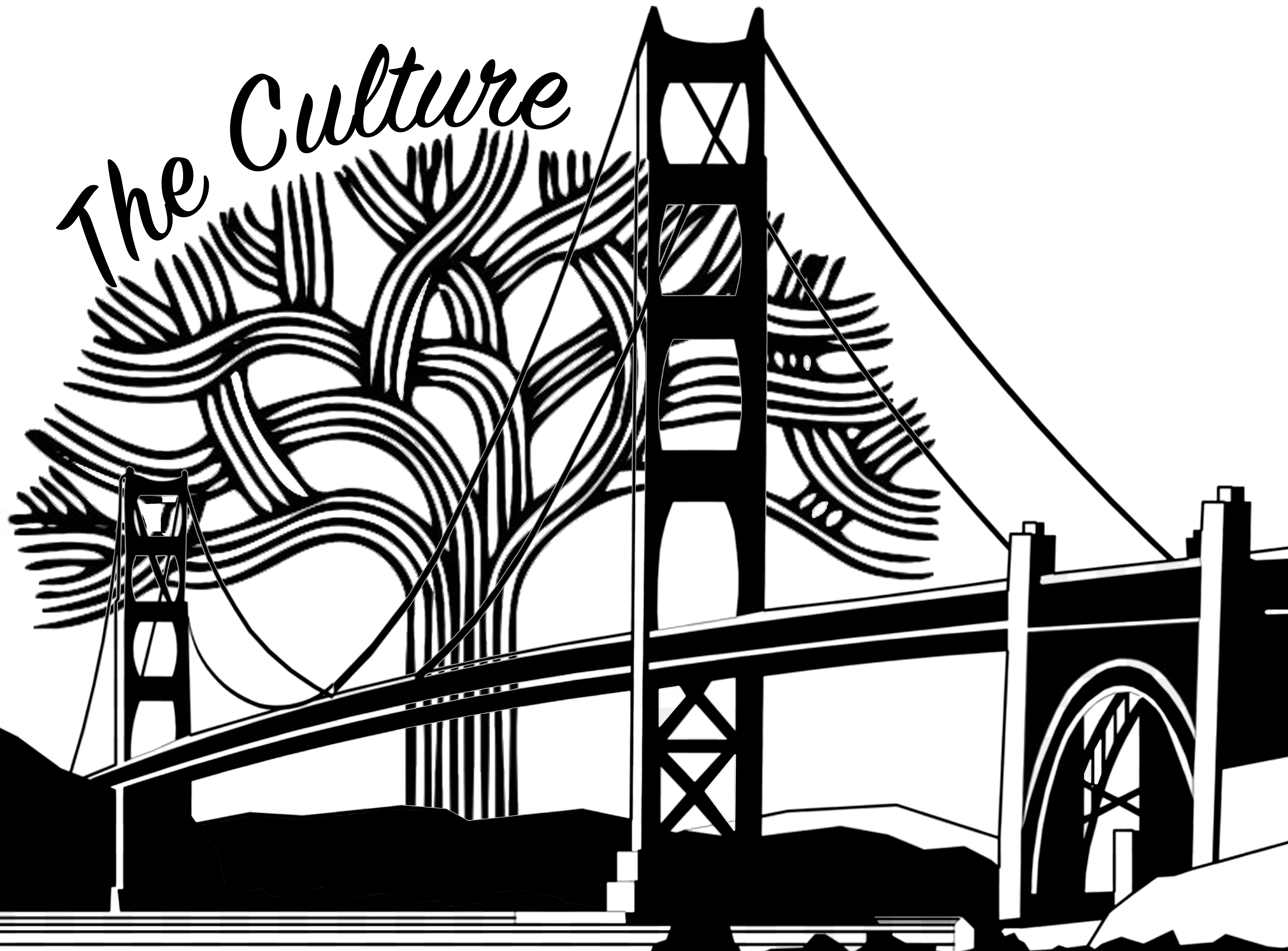 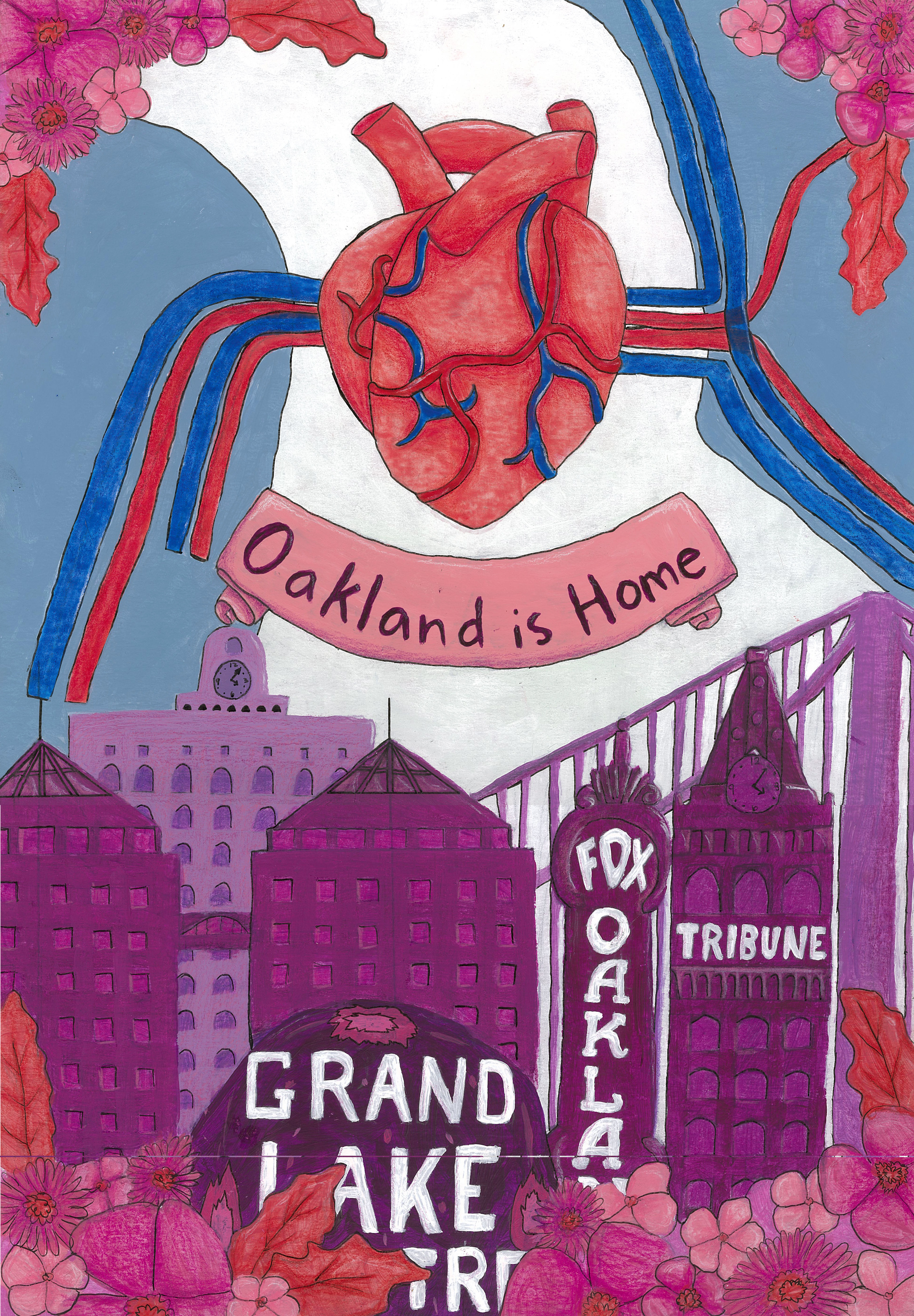 Oakland Rises (End the Criminalization of Our People)