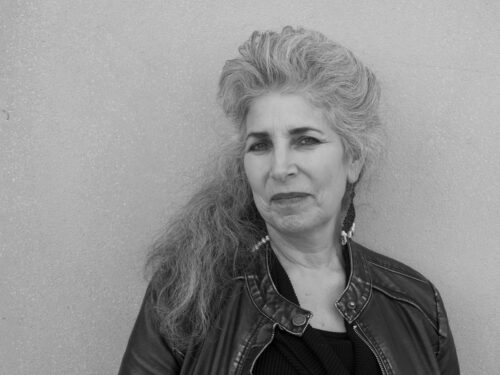 See the beautiful photos from our May artist reception with Juana Alicia to celebrate our 2019 Racial Justice Poster which commemorates March 21, the International Day for the Elimination of Racial Discrimination.

The evening gave us an opportunity to be in community with each other and hear from Juana Alicia about her work ‘Tell Her’.

In honor of March 21, the International Day for the Elimination of Racial Discrimination, we are pleased to unveil the 11th Annual Racial Justice Poster commissioned by Akonadi Foundation from renowned artist, Chicanx social justice activist, and teacher Juana Alicia.

“Tell Her”, by artist Juana Alicia, features Chinaka Hodge presenting her poem, “What Will You Tell Your Daughters About 2016?”, at a Ted Talk. In the background is a detail of Rigoberta Menchú Tum from the MAESTRAPEACE Mural on The San Francisco Women’s Building; which seven women muralists, including Juana Alicia, created.

‘“What Will You Tell Your Daughters About 2016?” is a call to arms, to resist the madness of the current era of rising fascism, racial hatred, gender discrimination, misogyny, and white supremacy. Hodge proclaims the birthright of women to create a more humane society, an intergenerational legacy to be sung frequently, whenever the odds seem too great.’  -Juana Alicia

Juana Alicia has been creating murals and teaching for over 30 years. Her sculptural and painted public works can be seen in Nicaragua, Mexico, Pennsylvania, and many parts of California, most notably in San Francisco. Her work is associated with the greatest artistic and political achievements of the Chicano movement.

At Akonadi Foundation, our mission is to support the development of powerful social change movements to eliminate structural racism and create a racially just society. With an emphasis in Oakland, Akonadi Foundation seeks to stop the criminalization of youth and young adults of color, end the school-to-prison pipeline, and respond to harm in ways that nurture wellness and well-being.

In its eleventh year, the Racial Justice Poster Project is one approach the foundation uses to honor and inspire racial justice movement building in Oakland and around the world. The Racial Justice Poster Project commemorates March 21, the International Day for the Elimination of Racial Discrimination and honors the legacy of political posters as an integral part of social movements for more than a century.

We are distributing the poster to activists, schools, and organizations across the country through our annual poster mailing. We hope that you enjoy the poster and that, through social media, you will share with us a picture of yourself or your organization with the poster, using the hashtag #RJPP19 or #rjpp @akonadi_oakland.

In 2008, Akonadi Foundation’s founder and then-President Quinn Delaney commissioned Melanie Cervantes, an artist with Dignidad Rebelde who was also a Program Officer for the foundation, to create a racial justice image to commemorate March 21, the International Day for the Elimination of Racial Discrimination. This day commemorates the Sharpeville massacre of March 21, 1960, when the South African movement against apartheid was spreading as blacks across that country began demonstrating against “pass laws” that required them to carry identity cards. In the township of Sharpeville, a huge crowd of black Africans gathered peacefully outside a police station, singing and subjecting themselves to arrest for failing to carry cards. The police opened fire and killed 69 people, among them 10 children.

It was from this history that the first image, titled ‘Building a Movement for Justice,’ was created; it inspired the launch of Akonadi Foundation’s Racial Justice Poster Project. Today, in the U.S. and internationally, the structures of racism live on with devastating impacts: in redevelopment policies that destroy and displace communities of color; in public school funding tied to property values; in denial of jobs to people struggling to escape the prison-industrial complex; and in immigration policy that criminalizes people of color trying to survive global exploitation. 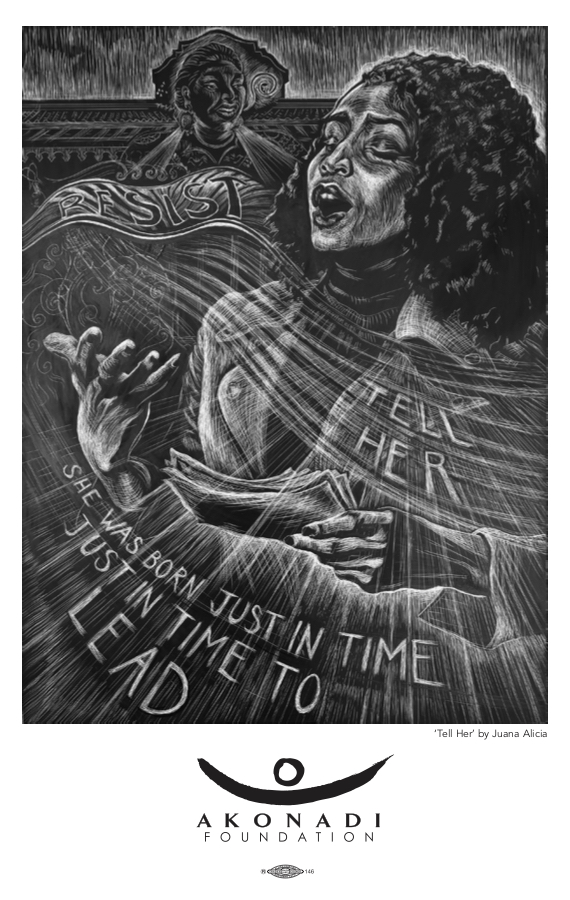 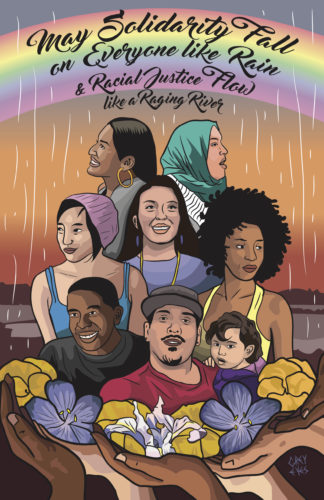 The Power to Heal Our Hearts

Write Back or Get Written Out

The Original League for Justice 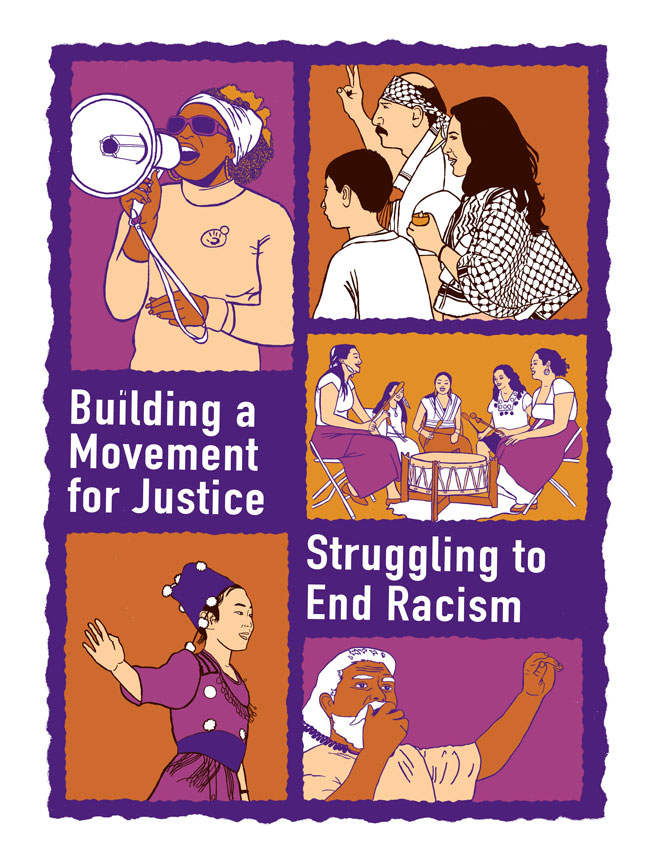 Building a Movement for Justice