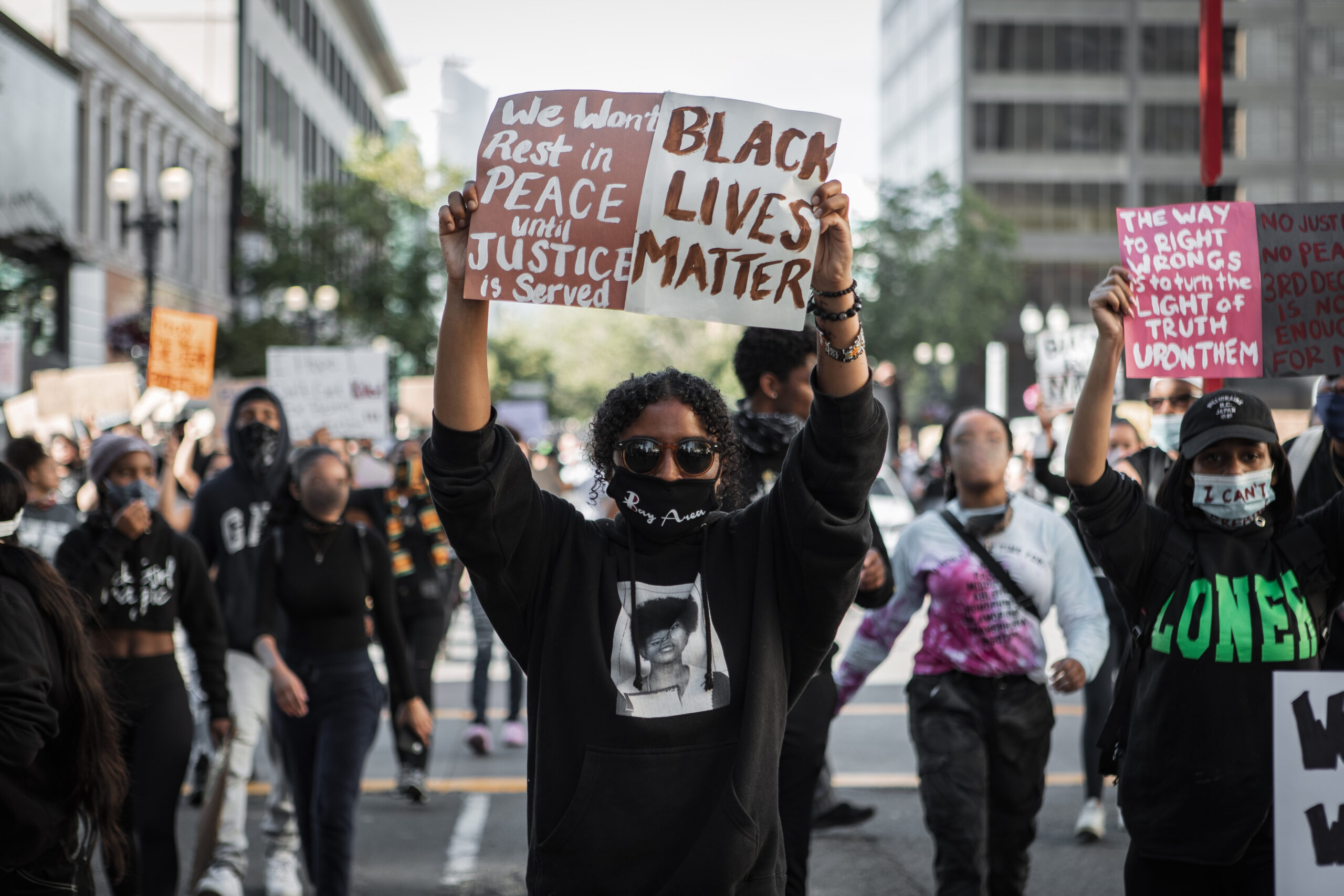 Today Governor Newsom announced policing recommendations designed to protect and facilitate the right of community members to engage in peaceful protest. The Governor’s Task Force on Police Reform, co-chaired by Akonadi President Lateefah Simon and Ron Davis, former East Palo Alto police chief, led the development of the recommendations, which include training for peace officers that prioritizes protection of First Amendment rights and restrictions on the use of projectiles and chemical agents during protests and demonstrations. Akonadi Foundation played a critical role in ensuring the voice and perspective of community leaders from across the state were included in the recommendation process, which began following the murder of George Floyd and the subsequent racial reckoning. You can read the Governor’s full Press Release below.

SACRAMENTO – Governor Gavin Newsom today released recommendations from his Task Force on Police Reform for improving police response to protests and demonstrations and a series of actions in response. The release of the report follows the Governor’s signing of a package of legislation last month to reform policing practices and tackle discrimination in the criminal and juvenile justice systems.

In response to the more than three-dozen recommendations, the Governor has directed the statewide Commission on Peace Officer Standards and Training (POST) to modernize training and guidance for law enforcement to ensure that it prioritizes the protection of First Amendment rights and to develop best practices for law enforcement to identify, monitor and strategically detain individuals suspected of inciting violence and destruction during protests and demonstrations.

Additionally, the recommendations encourage local law enforcement agencies to require all officers in direct contact with demonstrators to wear and activate body cameras; ensure the protection of journalists and legal observers; and identify and address the role of hate groups in disrupting protests and instigating violence. Finally, the recommendations propose restrictions on the types of weapons and tactics that should be used during protests and demonstrations.

“The role of police officers in protests and demonstrations is to keep the peace, and facilitate the ability of protesters to demonstrate peacefully without infringing on their First Amendment rights,” said Governor Newsom. “Implementation of these recommendations will help ensure our law enforcement agencies are better equipped to respond safely to protests and demonstrations and reinforce the values of community partnership, de-escalation, and restraint.”

The Governor’s Task Force on Police Reform is co-chaired by Ron Davis, a former East Palo Alto police chief who also served as the head of the U.S. Department of Justice, Office of Community Oriented Policing Services during the Obama Administration, and Lateefah Simon, a current director and president of BART and president of the Akonadi Foundation.

Chief Davis and Ms. Simon worked with Professor Jack Glaser of the Goldman School of Public Policy and Administration staff on the recommendations following a series of convenings across the state with numerous stakeholders, including law enforcement, local government, legislative leaders, youth, civil rights advocates, community-based organizations, mental health experts and journalists. The Governor asked the task force to provide recommendations for improving law enforcement response to protests and demonstrations and for ensuring that California’s new use of force laws are well implemented. The recommendations released today focus on protests and demonstrations. Recommendations related to the new use of force laws will be released in the coming weeks.

“It has been a true honor to work with Lateefah Simon and the outstanding team at the Governor’s Office. The recommendations we are providing to the Governor reflect the best practices from the field to ensure law enforcement effectively and safely facilitate First Amendment protected demonstrations and protests in a manner consistent with both the Constitution and the high standards and values of California. I applaud Governor Newsom for his leadership and continual commitment to ensuring all Californians are treated equal under the law,” said Chief Davis.

“Dissent and protests are as American as apple pie. The right to peacefully assemble is a fundamental one that we hold dear. This moment of national reckoning on racial justice will be defined by the impassioned voices for reform and leaders who respond courageously. I applaud Governor Newsom for working to protect our First Amendment rights and his commitment to moving California forward,” said Ms. Simon.

These recommendations follow the death of George Floyd in Minneapolis in May, and that of other unarmed Black people at the hands of police, and the global protests and demonstrations that ensued. Governor Newsom held meetings across the state with faith and community leaders, elected officials and small business owners, all to discuss racism, systemic injustice and how we move forward as a state. The Governor also directed the POST Commission to stop training police officers on the carotid hold.

Governor Newsom last month signed a series of bills into law initiating critical criminal justice, juvenile justice and policing reforms in California, including banning the carotid restraint, requiring the Attorney General to conduct investigations into officer-involved shootings of unarmed individuals that result in death and legislation that reforms the juvenile justice system to put more emphasis on rehabilitation and education.