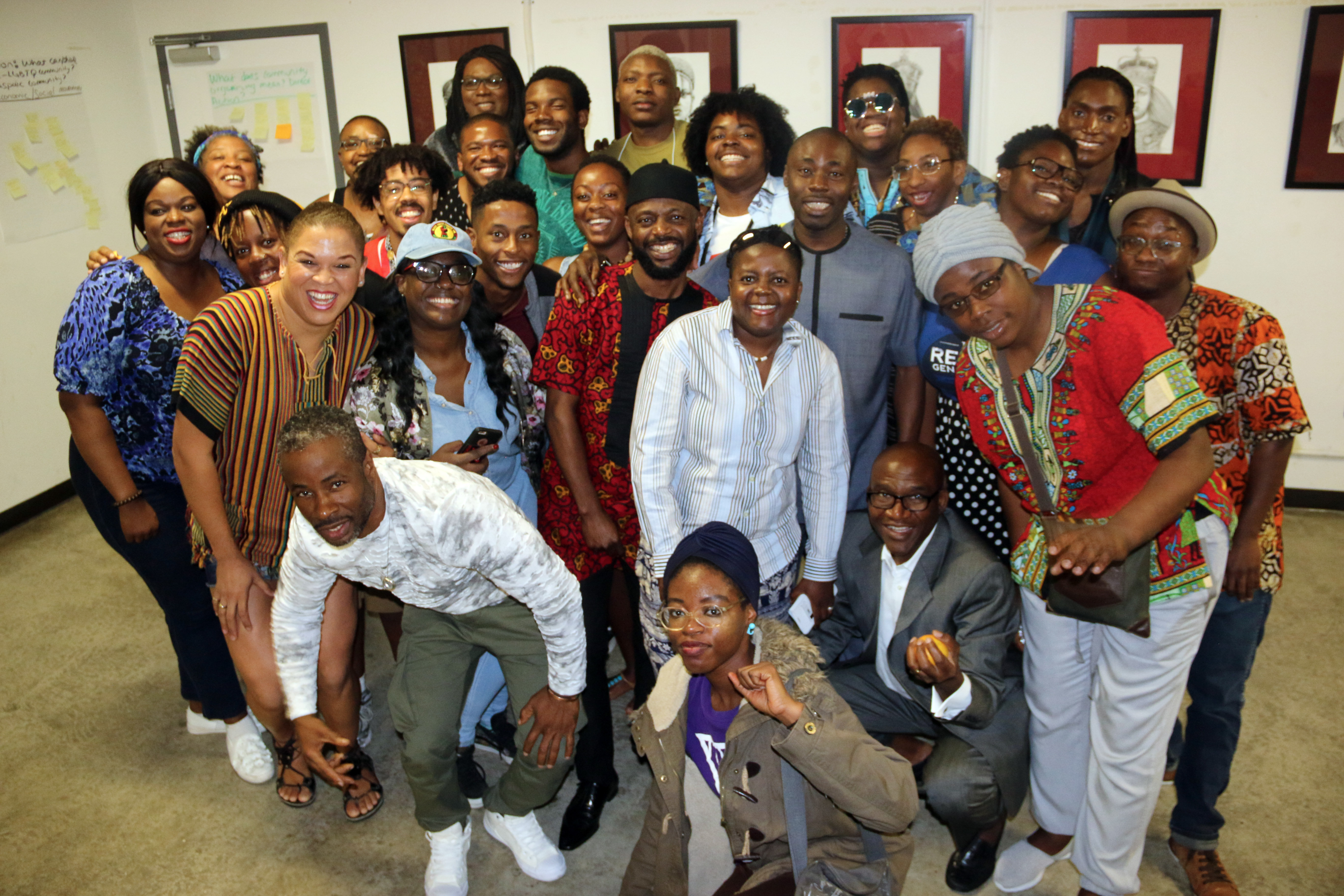 Akonadi Foundation’s mission is to eliminate structural racism that leads to inequity in the United States. Using an ecosystem grantmaking lens, Akonadi supports and nurtures grassroots organizing, culture shift, and policy changes that build Oakland’s racial justice movement. We are lifting up the work of our grant partners through a monthly spotlight series; for our February installment, we feature the Black LGBTQIA+ Migrant Project (BLMP) and their National Organizer, Ola Osaze.

Through leadership development, capacity building, and organizing, the Black LGBTQIA+ Migrant Project (BLMP) addresses the ways in which community is targeted by the criminal law and immigration enforcement system, and marginalized in the broader migrant community and racial and economic justice movements. Housed at Transgender Law Center, BLMP was co-created and is staffed by TLC National Organizer Ola Osaze through a 2017 Soros Fellowship.

Ola Osaze, National Organizer for BLMP, sat down with us to talk about what draws him to the work.

Ola Osaze: When I first got into social justice work I was angry. I was undocumented and without any pathway to legal status. I could not go back home to Nigeria because my home was and still is a place of political upheaval brought about by an American and European thirst for oil with little benefit to most Nigerians. I was facing disownment and alienation from most of my family because of my gender identity and sexuality. I survived by taking under the table jobs that offered me no benefits and no protections and hustling in myriad ways. When I looked around me for some type of queer and trans-African or black immigrant community, I found a community for whom the word invisible does not even begin to describe our reality.

I remember Uhuru Wazobia, the LGBT African immigrant organization I joined in New York City in 2004 that had somehow managed to exist for over 10 years without any outside support to speak of. This was during a time when people were still confounded by the fact that a person could be both black and immigrant and that the criminalization, detention, and deportation of immigrants were issues that disproportionately impact Black people. For reasons ranging from transphobia and homophobia to lack of effective outreach, to fear of immigration enforcement, this is a community that tends to be very disconnected from progressive movements and isolated in general. Our community members in jails, prisons or detention centers are least likely to get visitors or receive the legal support they need, which can be attributed to a combination of racism, general lack of awareness, and language barriers. Even though we could not get funds to fully build an organization that spoke to our needs, hopes, and dreams, we realized the usefulness of creating queer and trans people of color spaces

My involvement with organizations like Uhuru Wazobia, Welfare Warriors, and co-founding Trans Justice, have all been integral to my journey and commitment to safeguarding the human rights, dignity, and security of queers and trans black immigrants, and is what brought me to BLMP.

How does the BLMP affirm and celebrate the collective memory, shared histories, social identities, and/or cultures of Oakland’s communities of color?

Ola Osaze: Oakland has an incredibly rich history of progressive and radical community-building, movement-building and resistance. Given this history and that California has some of the most progressive immigration and LGBTQ-affirming policies in the country, Oakland and the Bay Area is home to a large population of LGBTQIA Black migrants. BLMP received support from Akonadi Foundation to organize an Oakland-based gathering for this community, a historic first not just in Oakland but in the US overall. Through this gathering, we now have a growing network of engaged Oakland-based Black trans and queer migrants who have been meeting monthly to create a safe haven as well as lay down the foundation for local policy and culture-change work they are envisioning for the future. In organizing the gathering and now the extended BLMP Bay Area Organizing Network, we are creating a space and community where before there was none, especially for a people dealing with the crippling weight of multiple levels of systemic oppression. The Oakland gathering gave us an opportunity to discuss our experiences, envision what liberation looks like and how we can come together to challenge the causes and conditions that force us to leave our homelands, lead to our detainment at the hands of ICE or the police, silence and invisibilize us, and create barriers to our survival.

What is the vision that guides your work? What will the world – and specifically Oakland – look like if you are successful?

Ola Osaze: We believe that the people most impacted by an issue or problem are in the best position to spearhead movement-building efforts. We believe our organizing must address issues at their root and change power relationships between communities impacted and the decision-makers. Additionally, our organizing and movement-building efforts should provide ample opportunities for healing and wellness, as well as address the trauma that cultural, institutional, interpersonal and internalized oppression has brought into our lives and on our bodies. Lastly, we embrace that our interactions and gatherings are de-colonized and liberated spaces, meaning that they are anti-racist/misogynistic/homophobic/transphobic/ableist/xenophobic in order to embody the ethics, commitment and love we wish to see more of in the world. The Oakland we want to see is one in which 1) our beautiful Black LGBTQIA migrant community has strong leadership and high visibility, 2) the migrant narrative that is fueling local movements is truly intersectional and is immersed in a deeper understanding of anti-Blackness, transphobia/homophobia, and the forces worsening Black displacement globally (i.e. capitalism, US imperialism, etc.); and 3) our community members are not isolated from each other and left to deal with the trauma of displacement on their own, without any resources, support, or services.

Ola Osaze: ICE raids in the Bay area and California are increasing and in parts of California, ICE arrests have increased by 24%. At the same time, there is an increase of LGBTQIA Black migrants crossing into California from Mexico. Because of the continuous onslaught by the current federal administration on immigration programs such as the Diversity Visa, Asylum, TPS, and DACA, and increased surveillance and threat of defunding refugee programs that are disproportionately impacting Black immigrants, BLMP sees a need for our Bay Area organizing network to become more knowledgeable on our legal rights when confronted with immigration enforcement or the police with a deeper understanding of how to do deportation defense. In the next two months, we will engage our Bay Area organizing network in an institute that brings together an intensive Know Your Rights and how to deal with immigration enforcement or the police, with an organizing training that will have an emphasis on deportation defense. The rest of the year we will be focused on working within local criminal and immigrant justice rights coalitions to facilitate a more intersectional understanding of racial profiling, police and ICE collaboration, and immigration enforcement as it relates to our community. Within local migrant and criminal justice movements, we hope to create more spaces for our community’s leadership, amplify our voices, and shape organizing and resistance strategies that take our impact and leadership into account.

Find out more about the Black LGBTQIA+ Migrant Project here

Akonadi Foundation strives to eliminate structural racism that lies at the heart of inequity in the United States. We work towards a racially just society by funding organizations and leaders fighting on the ground through grassroots organizing, culture shift, and policy change. Find out more about Akonadi Foundation here. 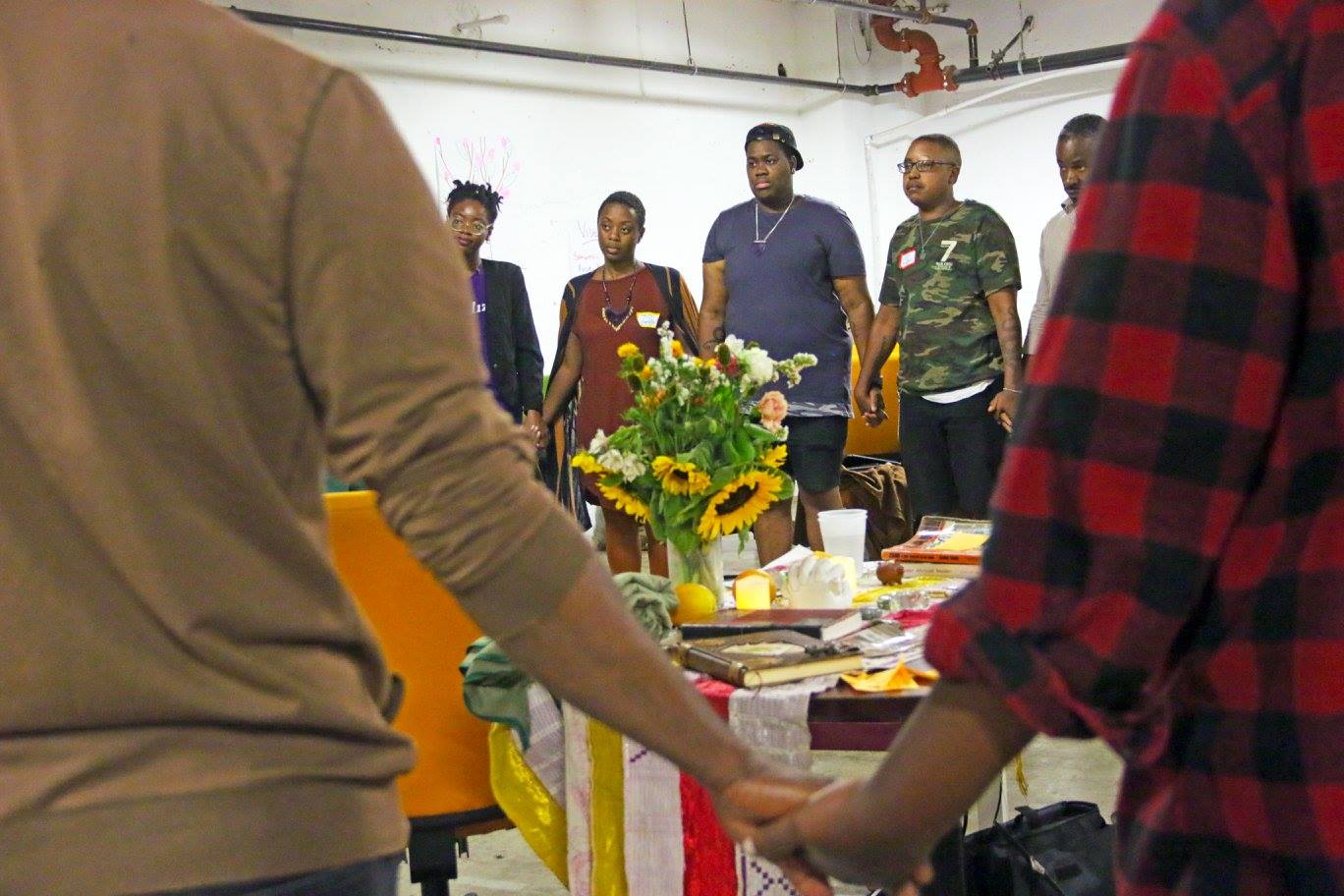