Akonadi Foundation’s mission is to support the development of powerful social change movements to eliminate structural racism and create a racially just society. Using an ecosystem grantmaking lens, Akonadi supports and nurtures grassroots organizing, culture shift, and policy changes that build Oakland’s racial justice movement. We are lifting up the work of our grant partners through a monthly spotlight series; for our August installment, we feature the Oakland Public Conservatory of Music. 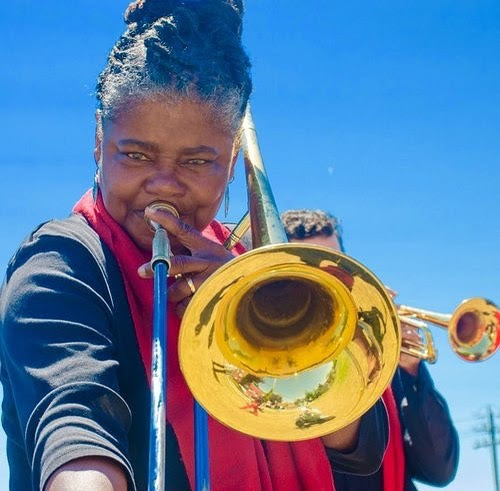 I grew up as a young child in a musical family surrounded by music educators. My uncle founded a place called the Charlie Parker Academy of the Arts in Kansas City, where I am from, with the goal of preserving our musical heritage as African Americans through music education. I began to study at the Charlie Parker Academy at the same time as the University of Missouri, and I found that while there were similarly high expectations and an adherence to specific traditions at each, there were key differences. At the University of Missouri, the focus was on a white, European-American tradition taught by white teachers. At Charlie, the teachers looked like me. Learning from other African Americans was a powerful experience and, though I didn’t think much about it as a little kid, I realized later that dialectical tension in my training is at the root of why I founded the Oakland Public Conservatory of Music.

After moving to California and spending time as a professional musician and working as a substitute teacher to make ends meet in between gigs, I felt a deep discontent in the touring life. I decided to bite the bullet and throw myself into creating learning opportunities for African American kids to give them the opportunity I had growing up and to provide a place for the community where people of color are reflected and expected to take up space.

How does the Oakland Public Conservatory of Music affirm and celebrate the collective memory, shared histories, social identities, and cultures of Oakland’s communities of color?

I grew up with the idea that the only way to sustain our musical heritage in perpetuity is through musical education, which is our main focus at the Oakland Public Conservatory of Music. When we say that it is a “public” conservatory, we mean that ours is an institution by the people and about the people. The histories of our people reside in musical histories and by providing a space and place for the community to learn and practice musical traditions, we are illuminating the African American musical identity.

What is your vision for Oakland, and how will it, and the world, look different if you are successful?

We already are successful. As we are coming back from displacement from our former space due to gentrification, our vision statement remains truer than ever: Oakland’s diverse communities will make and hear music everywhere. Through our work, we are impacting how much people make music in their houses, in their churches and synagogues and mosques, in their schools. We hope to see an increase in musical literacy and more people in Oakland with an instrument in their hand. As we expand our work, more people will be able to access the music that they were born with.

What are you working on this year?

We recently received a grant from the Novo Foundation to fund Black Girls Play. Through the program, young girls and women of color come and get an instrument and learn to play music, but also learn about the ecosystem in which a musician can thrive and different occupations that musicians can have.

We also recently moved into the California Hotel as an anchor tenant. Our role is to reclaim and reestablish the deep musical heritage of that historic place. In partnership with the East Bay Asian Local Development Corporation, we will provide programming for the performance space inside the cafe onsite to include various types of musical opportunities and experiences. To learn more about our work, please visit opcmusic.org.