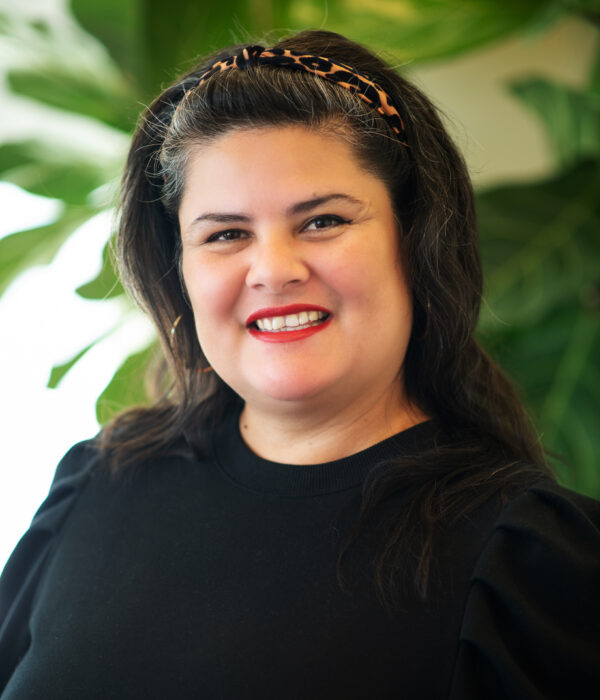 (she/her) Vanessa Camarena-Arredondo is a Program Officer at Akonadi Foundation and jointly manages the All in For Oakland initiative to end the criminalization of young people of color in Oakland. She joined Akonadi Foundation in 2017. Vanessa brings over 20 years of experience promoting social justice in communities of color through her work in philanthropy, the arts and cultural sector, as an organizer, and as a leadership development coach. Before joining Akonadi, Vanessa directed Studio Grand, a multidisciplinary art space in Oakland’s Grand Lake neighborhood that centered and featured cultural and arts programming produced by people of color in Oakland and allied communities.

Additionally, Vanessa worked as an organizer with the California Faculty Association, and she helped to launch a Fellowship for Leaders in Arts & Culture at Rockwood Leadership Institute. She served as a Multicultural Fellow for Arts & Culture at The San Francisco Foundation. While at The San Francisco Foundation, Vanessa made over 200 grants and raised over $1.5 million to support Bay Area artists and arts nonprofits.

As an artist herself, Vanessa sees her work with Akonadi Foundation as an opportunity to uplift communities of color and to support organizers, leaders, artists, organizations, and collectives in being well-equipped to carry out the critical cultural and movement-building work to which they are dedicated.

When Vanessa is not working, she enjoys long city or nature walks. She is inspired by the plethora of artmakers and activists inviting us to envision and build a more racially just world inclusive of immigrant communities queer and trans people.