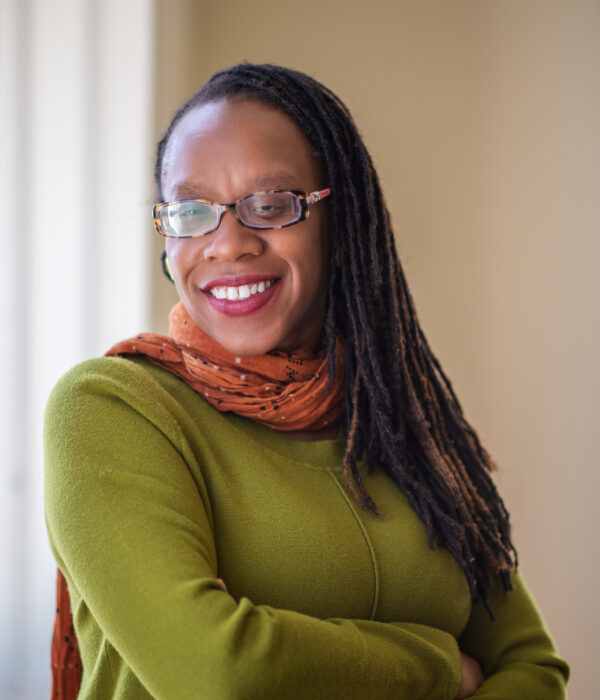 (she/her) Lateefah Simon is a nationally recognized advocate for civil rights and racial justice in Oakland and the Bay Area. She has been the President of Akonadi Foundation since 2016. That same year—driven by Oscar Grant’s death—she was elected to the Bay Area Rapid Transit Board of Directors and served as President. She was elected to a second term in November 2020. Since 2015, Lateefah also has served as a member of the Board of Trustees for the California State University, the nation’s largest public university system, and state officials often turn to her for strategic advice on policy matters related to racial justice.

Lateefah previously served as Program Director at the Rosenberg Foundation, where she launched the Leading Edge Fund to seed, incubate, and accelerate bold ideas from the next generation of progressive movement leaders in California. She also held the position of Executive Director of the Lawyers’ Committee for Civil Rights of the San Francisco Bay Area, successfully launching community-based initiatives, such as the Second Chance Legal Services Clinic. Lateefah spearheaded San Francisco’s first reentry anti-recidivism youth services division under the then-District Attorney Kamala Harris leadership. Before serving in this role, Lateefah became—at the age of 19—the Executive Director of the Center for Young Women’s Development (now named the Young Women’s Freedom Center), a position she held for 11 years.

Lateefah received the MacArthur Foundation “Genius” Award in 2003, making her the youngest woman to receive the award —in recognition of her work as Executive Director of the Young Women’s Freedom Center. Lateefah’s other numerous awards include the California State Assembly’s “Woman of the Year,”; the Jefferson Award for Extraordinary Public Service, and Inside Philanthropy’s “Most Promising New Foundation President” (2018). Lateefah’s additional awards include those from the Ford Foundation, the National Organization for Women, Lifetime Television, and O Magazine.

Lateefah also serves on the Advisory Committee for Human Rights Watch U.S, as an Oxfam Ambassador, and the Board of Directors for Rosenberg Foundation and Tipping Point Foundation. In 2020, she was appointed a senior advisor on police reform for California Governor Gavin Newsom.

Lateefah lives in Oakland and is the single mother of two daughters.